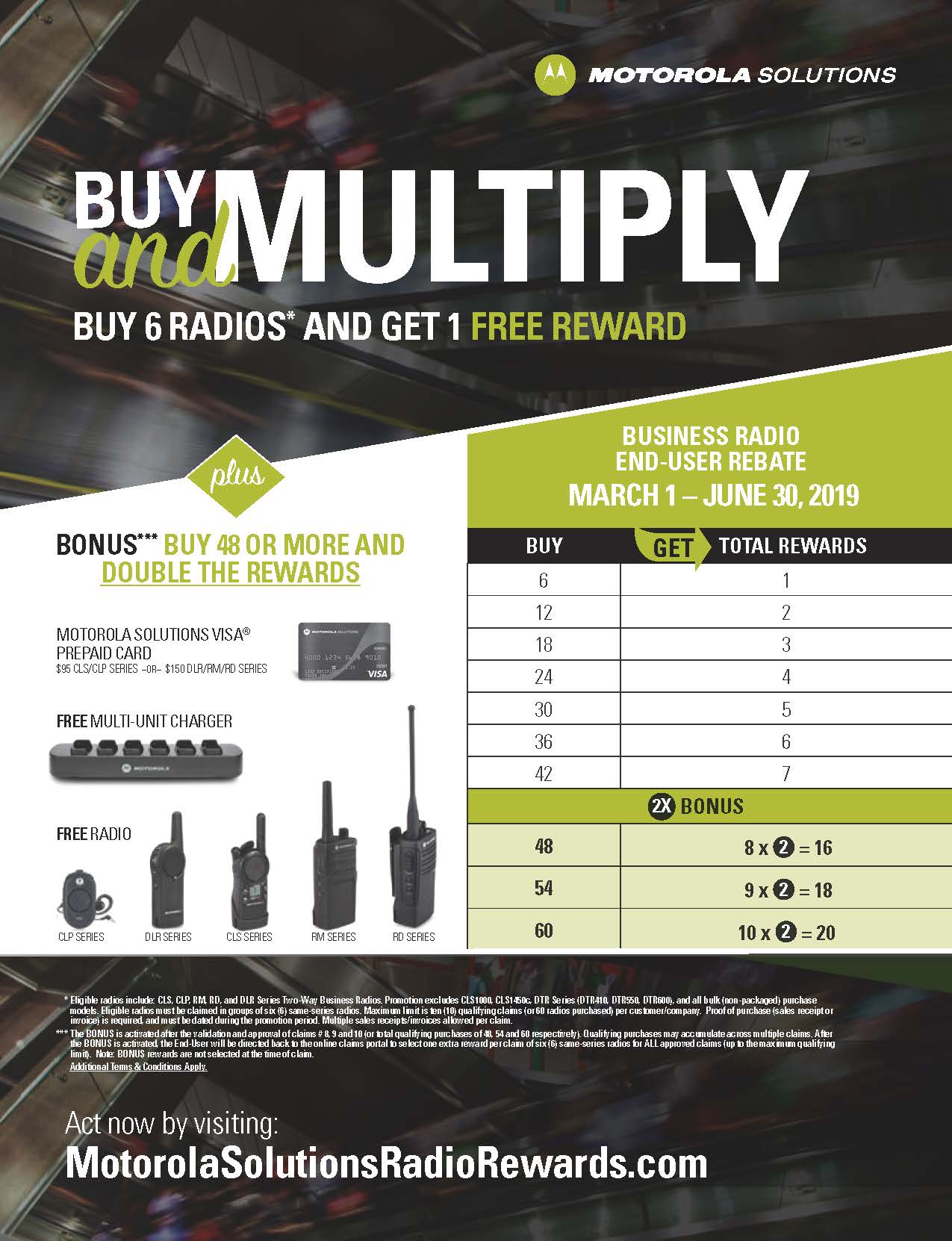 Eligible radios must be claimed in groups of six (6) same-series radios. Maximum limit is ten (10) qualifying claims (or 60 radios purchased) per customer/company. Proof of purchase (sales receipt or invoice) is required, and must be dated during the promotion period. Multiple sales receipts/invoices allowed per claim.

*** The BONUS is activated after the validation and approval of claims # 8, 9 and 10 (or total qualifying purchases of 48, 54 and 60 respectively). Qualifying purchases may accumulate across multiple claims. After the BONUS is activated, the End-User will be directed back to the online claims portal to select one extra reward per claim of six (6) same-series radios for ALL approved claims (up to the maximum qualifying limit). Note: BONUS rewards are not selected at the time of claim.